Many people keep wondering why the Joint Admission and Matriculation Board (JAMB) has a portal for checking admission status when admission into universities, polytechnics, and colleges are at the sole discretion of the respective institutions. In other words, if the schools are responsible for offering admission, why can’t candidates just check admission status portals of the respective institutions? Why do they also have to check on the JAMB admission portal?

As background information, I would like to tell you about JAMB. It is an acronym that stands for Joint Admission and Matriculation Board. This is the body that conducts entrance examination for admission into Universities, Polytechnics, and Colleges in Nigeria. Now, back to the question asked earlier. Since this is their main role, why check JAMB admission status?

The answers to this questions is very simple. The most important of these is the fact that during the admission process, a candidate might get admission offers from different institutions. All these offers are available and accessible in one place called the JAMB CAPS portal. This makes it easy for you to accept only the admission offer from your preferred institution. Even though the most important advantage that comes with JAMB admission status checking portal is the option to accept or decline admission offer, there is an intrinsic advantage it embodies. However, many people don’t know this and that explains why some people in some quarters think it’s just a duplication of roles.

Since JAMB is still the body that will issue admission letters, it only makes it easier to be a major custodian of the list of candidates and the schools into which they have been admitted. Yes, one could say that schools can the authority to issue admission letters but we should not forget that only the JAMB admission letter is recognised by other government agencies. For example, the National Youth Service Corps will ask for your JAMB registration number when applying for admission. This is one reason why graduates who got admission via other means as IJMB, Pre-degree programmes and A Level programmes are asked to regularise their admission with JAMB.

In conclusion, JAMB admission status checking portal is not a duplication of roles carried out by universities, polytechnics or colleges of education/agriculture. 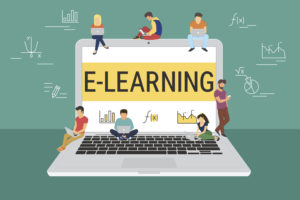